Inspired by perpetual discussions about the new grey areas the internet has created between the concepts of anonimity, 5 minutes of fame, self promotion, personal privacy and permanent historical records, I would like to propose a new section be added to Xenox News: "Who is this cunt?"

"Who is this cunt?" will be an on going series of articles focussing on random individuals who are inviting the world to examine aspects of their lives via Facebook, Twitter and other social networking mechanisms.

"Who is this cunt?" will not aim to slander or defame any individuals, not at all. The idea will be to assist these individuals to gain their five minutes of fame.

The section will bring focus to the debate about self promotion and privacy on the internet, and act like a magnifying glass on the whole social networking phenomenon.

"Who is this cunt?" will attempt to raise awareness about the consequences of publishing and promoting oneself on the internet.

If the proposal is accepted I implore the Xenox News editor to add this new category.

The idea is that a random first name and surname mechanism is used to generate a person's name. Then via search engines, links to the person's attempts at self promotion on social networking websites will be published within an article along with a summary of the information that the random target has decided to publicly share with the internet public.

Brisbane's OK, Sydney's OK, but Melbourne is our kinda town, it's the Stooges' town, we fit right in here. 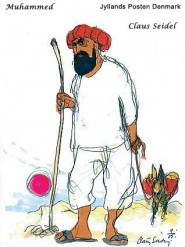 "TRIUMPH OF THE WILL"

Whitey wets his pants again. This time it is ANTIFA

The difference between the two parties