Home  Life and Style  What Ails You  COVID19 Down Under: Get Vaxed!

COVID19 Down Under: Get Vaxed!

Phoned my local General Practioner and booked a vaccination. At my age the only available option is Astra-Zeneca or nothing. A three week wait. Astra-Zeneca, which is apparently getting rebranded as Vaxzevira to distance the product from all the bad publicity and hesitancy.

An hour later the clinic phoned to say they have had a cancellation and I can get vaxed tomorrow morning!

Since that smirking oaf Morrison declared a pandemic 19 months ago (and then did bugger all to mitigate the coming crisis) there have been 41,400 Covid-19 cases and 971 deaths across Australia. Scotty from The Rapture

And since yesterday there have been 642 more cases of community transmission of Covid-19 in my home state of New South Wales. The trend is clear: worse is to come.

The Guardian reports that at last that incompetent fool, the NSW Premier Gladys Berejiklian, is implementing curfews and exercise time limits in the 12 Sydney Local Government Areas “of highest concern.” For months Glad repeatedly declared there was no evidence that curfews have any effect. Just last week the Police Commissioner of NSW said he didn’t see any reason to think a curfew would make any difference. Today, the useless twats announced a curfew!

At this morning’s frustrating tap-dance that poses as a press conference Ms B also claimed “the lesson other states must learn from the NSW lockdown is that they will “eventually need to open up”. No, Gladys you feckin’ imbecile, the lesson is that they must ignore you and do the exact opposite to NSW! The Swiss-cheese Sydney mockdown has been extended to 30 September. If Gladys from Gaslighting had done this and immediately locked Sydney down back in June, NSW and other states would not be dealing with her clusterfuck now. Worse news: there are 700 infected children in hospitals in NSW. In neighbouring Victoria, there are now 89 children aged nine or younger with Covid-19 – 26% of the entire current outbreak. Smirking Scott Morrison, the (alleged) Australian Prime Minister, has issued an implicit threat to state and territory leaders that they must ease restrictions when vaccination rates reach 70% and 80%. He has also insisted kids will not be included in his rubbery goal of nationwide vaccination rates before he declares everything back to normal and open for business.

He obviously is not remotely aware of the current crisis in Britain where they did something similar. Either that or he simply does not care who lives, who falls ill, and who dies. Britain has recorded 36,572 new Covid-19 cases and 113 more deaths. As a Pentecostal death cult zealot, that would play right into his Tribulation and Rapture fantasies.

Hold fast, people, things could get very dark very fast from here on in.

Anybody isn't frightened now simply lacks imagination. Is there any escape? Of course. A miracle. Leave the details to Joe. 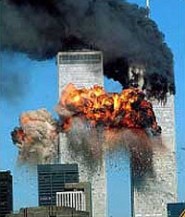 XenoxNews: All the latest on the World Cup