Home  Life and Style  What Ails You  THE COVID CALIGULA

With the official COVID19 restrictions easing across Australia, last week I left my bunker for a REAL cup of coffee with great trepidation.

Great trepidation was glad to see me after three month’s absence.

Inside the cafe a handful customers milled about, with a few sitting at tables spaced apart...

Great Trepidation and I got a table at the far end of the large, bleak, nondescript place where I enjoyed my first freshly brewed coffee for the year. Sadly, the little local eatery I would have preferred to go to is one of the many small businesses that is closed never to reopen because of the financial strain of the imposed COVID19 lockdown. Damn. They had the best vegie burgers I ever ate.

Throughout Australia retail turnover, sales of new motor vehicles and housing sales have all plummeted like lead balloons. A mind-blowing 19.9 per cent of the workforce is either unemployed or underemployed, and in the past couple of months another 4 per cent have abandoned looking for work in despair. But Labor’s shadow treasurer Jim Chalmers reminded Australians that the nation’s precious so-called ‘economy’ was on the skids well before the outbreak of the coronavirus:

“Even before the worst of this virus, even before the bushfires, we had issues with weak growth, and stagnant wages, and weak business investment, and productivity, and net debt in the budget had already more than doubled.”

Although social distancing restrictions have been eased a little further most people seem to think the threat of coronavirus has passed and many don’t believe there ever was one despite the crisis that continues to grow in other countries.

Last week students returned to school across the state but almosy immediately two closed due to one student in each diagnosed with coronavirus. In fact both NSW and Victoria have hot spots and remain the worst effected states in Australia.

Globally, the World Health organisation (WHO) has warned that a second wave is imminent, not that certain idiots seem to give a shit. Indonesia seems particularly vulnerable, and is surely a ticking time bomb with reporting of cases seemingly lax there. Here in New South Wales the government response continues to be inconsistent and confusing: up to 50 people can now “dine-in at cafes, bistros and restaurants, space permitting". However, the number of guests allowed in a home remains unchanged at five. Up to 50 guests can attend a funeral, but only 20 can go to a wedding. Schools may be back in session, but children can’t attend swimming lessons if they are held in an indoor pool. On the other hand, up to 10 people can swim in an outdoor pool.

Meanwhile the USA – already fallen off a cliff because of Presidense Trump’s negligence and dismissive attitude to the COVID19 crisis that has so far killed more than 100,000 Americans – is now in turmoil after hundreds of thousands of people took to the streets nationwide to protest yet another murder of a black man by a cop last week: George Floyd choked to death in broad daylight, his murder clearly caught on video.

Donald J Caligula – the lunatic president of the Divided States of America – instead of trying to diffuse the growing crisis, inflamed matters when he urged the military to intervene in Minneapolis with the words ‘when the looting starts, the shooting starts’.

And I thought things couldn’t get any worse over there in the world’s wealthiest shit-hole!

There is supposed to be a US election in November and Trump seems intent on causing as much havoc as he can to gee up his supporters. Still the protests continue across the entire country, involving hundreds of thousands of people from all walks of life and all shades and ages.

There are solidarity protests in other countries, including right here in Australia where we have our very own black deaths crisis. In fact, our cops are so sensitive to the issue of black deaths in custody and the unfolding crisis throughout the USA, that yesterday one of the filth was caught on video throwing an aboriginal kid to the ground merely for giving him some lip.

In the USA some cops have joined the protests, although most have not and are acting with violence and impunity. Reporters on the ground are being deliberately targeted by police and many have been injured by pepper spray and rubber or wooden bullets, not to mention being merely pushed around and beaten up.

If Caligula as Commander-in-Chief calls on the army to attack US citizens we can all expect the worst.

Watching the news reports is like watching a dystopian science fiction movie. In one jaw-dropping report from Hoover, Alabama, 50 police kitted out in full military garb surrounded a handful of high school kids just sitting around holding signs.

But I saw nothing so bizarre as Caligula’s photo op outside a closed and boarded up church. Having hidden in the White House surrounded by tight security and paramilitary all week, the unhinged POTUS ordered protestors “dispersed.”

Yesterday’s staged photo opportunity outside a church near the White House was preceded by a pre-curfew assault by police using tear gas and rubber bullets on protestors gathered peacefully in Lafayette Square. Surrounded by his Pretorian guard, Caligula Trump strode woodenly from the White House to St. John’s Church where, as The Atlantic beautifully described it, he “wielded the Bible like a foreign object, awkwardly adjusting his grip as though trying to get comfortable. He examined its cover. He held it up over his right shoulder like a crossing guard presenting a stop sign. He did not open it.”

I am impressed that the mango megalomaniac did not ride to the church on a golf cart.

The asinine, self-absorbed, barely coherent sexual pervert who is the very definition of cognitive dissonance, and who has never been to that church or ever read the Bible was obviously gas-lighting the world and sending a signal to the gun-wielding religious fanatics among his narrow – and narrow-minded – “base”. In a recent Tweet Dr Naomi Wolff reminded the world “remember in March I warned that after the economy was collapsed, civil unrest would be next? And remember the many times I warned publicly that summer before 2020 election would see instability, reasons to enact martial law, so election could be imperiled?”

Is that Trump’s “plan”? Is he hoping to cling to power through the use of military force?

As I write it is night in America and the lights are out in more ways than one. I am not sure who said it but there is a famous quote that seems to be playing out in real time:

“When fascism comes to America, it will come wrapped in the flag and waving the cross.”

Freedom is when everybody else becomes irrelevant 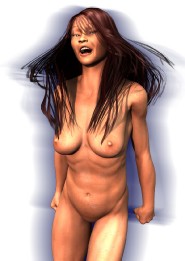 THERE IS A FLOOD OF FREEDOM...