Riding on the Rocket Okinawa style

There is a little Island in the Japanese Archipelago... Packed with history, hot chicks, and great food and beer...

A business jaunt had sent me south from Tokyo to this last outpost of Nippon. Though with all the fat arsed yanks around you would be forgiven for thinking that you might be in Guam, Diego Garcia, or some other godforsaken outpost of the fast decling American Empire.  Whatever the case maybe I was hungry and I was thirsty so I stepped into one of the many local eateries and ordered what was on the card.

And what did I spot for a nice brew - Orion Draft. 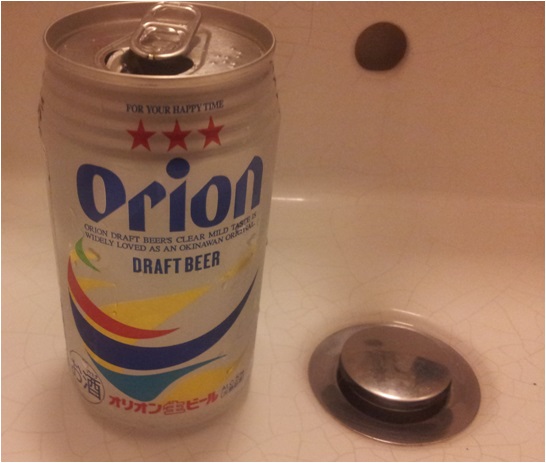 Lovely can, as all Japanese beers have, I cracked it and poured myself a glass. Wow; what a taste. Nothing like the first beer of the night and by god this was a good one.  Crisp, fruity, fizzy; whatever the fuck it was good and I sucked that mother down and ordered another one

Christ there was a fucking awful battle for Okinawa in 1945.

Spent the night discussing the horrors of Potter's Ridge and eating their sweet seasoned rice with some local dignitaries. It is a special Island for sure and their beer ranks up there with the best.

Orion draft. For your happy time.

Silence put together by thought is stagnation, is dead, but the silence that comes when thought has understood its own beginning, the nature of itself, understood how all thought is never free but always old â€”this silence is meditation in which the meditator is entirely absent, for the mind has emptied itself of the past.

I HOPE YOU KNOW

LINDSAY – THE ONLY GOOD MUSLIM IS A DEAD MUSLIM