Depictions of Mohammed Throughout History

The Mohammed Image Archive is a compendium of images that depict Mohammed (the 7th-century founder of Islam), spanning all historical periods, cultures and genres.

The inspiration for this Archive came from the global controversy over the publication of Mohammed cartoons in the Danish newspaper Jyllands-Posten, and the need for a comprehensive and even-handed look at the wide variety of Mohammed depictions in Islamic and Western societies from the Middle Ages until today.

It will remain online as a resource for those interested in freedom of expression. (Please note that the Arabic name "Mohammed" has over the years been transliterated into Western languages with several different spellings -- some of which you'll encounter on this site -- including Mahomet, Muhammad, and Mohamed.)

To dispell the furphy propagated by fanatics that images of Mohammed must NOT ever be depicted, please visit: http://zombietime.com/mohammed_image_archive/

Being shot out of a cannon will always be better than being squeezed out of a tube. That is why God made fast motorcycles, Bubbaâ€¦ 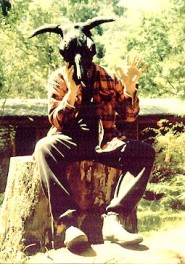