Filthy venemous bastards!
Where's the farking ethics? I ask you!


Once upon a time there was a serpent who was badly
injured in a fight with another animal. It managed
to slither away to safety but would have surely
died if a benevolent man had not seen it suffering
by the side of the road. The goodly man carefully
wrapped the snake up and took it to his house,
where he bestowed the kindest and gentlest care on
the snake until it was healed and could return to
the wild. Just as the man was releasing the
serpent back into the grass, the ungrateful snake
turned and bit him on the hand.

"What did you do that for?" cried the man, who
knew that the bite of this particular snake was
usually fatal. "Didn't I take care of you when
no-one else would?"

The snake shrugged (no small feat for a snake!)
and replied to the benevolent--and now doomed--
man, "What did you expect? You knew I was
John Howard when you voted for me."

My life's a wreck; I'm torn up and broke 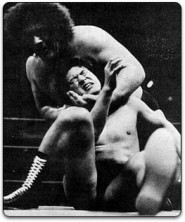