Home  Life and Style  Philosophy  OH MY. WHERE ARE THE MEN WITH BALLS?

OH MY. WHERE ARE THE MEN WITH BALLS?

Look at 'em scurry. The weak kneed and spineless. At the first sign of trouble they run and fright.

Where are the men with balls? The men that remember it was the Islamists that attacked us? The men who wanted to stand tall and fight terrorism that evil September day?

"Oh it's all gone wrong! It's not like how I thought it would be."

Fuck that. Men of the West stand tall. Your destiny calls.

We came to give them freedom. But we also came to teach them a lesson.

Don't fuck with us.

And what have they been taught? That the west will cut and run at the drop of a suicide bomb?

Osama is laughing at us: “All it takes to defeat freedom is to kill a few of its people.”


Do you want to win?

I want to win. I want to make sure they will never threaten us again.

Sometimes you have to crush the bug.

Where are the men with balls? Willing to pay for the sacrifice our brave soldiers have made? Will we allow a Mesopotamian rabble stop us? Will we abandon the Shining Light of Israel because we listened to terrorist lovers like Pilger, Galloway and Chomsky?

We took the right decisions; now let’s finish it off and crush the enemy and any that stand in our way.

Some cunt in Hollywood 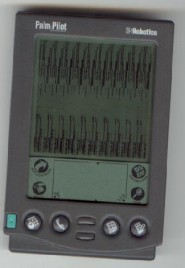