Home  Life and Style  Philosophy  ALL FOR THE BEST?

ALL FOR THE BEST?

Is this how nature wisely removes a
mostly defective, pathetic species?
Here is another scientific, in-depth
study from the Chato Institute.


For a time, I saw religion and
spectator sport as EVIL, because
they distract the drooling dullards
from involvement in important issues.

But now, after years of observing masses
of human scum in full moronic action,
I have begun to see religion and
spectator sport as GOOD, because
they distract the drooling dullards
from involvement in important issues.

Realizing that a pack of vicious, rabid
dogs would be more rational than the
human species, you can see that it's
best that human involvement in vital
things be kept to an absolute minimum.

When lunatics get hold of the helm of
their own Titanic, they will search for
a suitable iceberg to crash it into.
It can be almost impossible to pry their
fingers loose to save them from their
own insane impulses.

When a species becomes corrupt, it
PREFERS that which is bad for it, and
avoids that which it needs. Dullards
seem to be gripped by compulsions to
elect their own executioners, and to
introject dark, inimical forces.

It may seem cruel, but nature will
exterminate such an unfit species.

Unable, and unwilling to work most
things out for themselves, the human
robopath apes are just pleading for
extinction, and their sociopathic
leaders are very willing and able to
help them to become extinct.

Any humanitarian who tries to help such
rabid dullards, risks being torn to
shreds for their efforts. Only those who
mean the dullards harm, are magically
transformed into saviours, shining with
the glory that only a dullard can see.

People can have amazing lives but it is all just a soap opera if the art is not good. 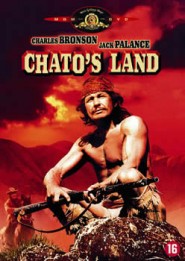 New Orleans wonders: where are the resources when you need them?

All the promised goodies