Monetizing an omelette by substituting one fundamental law

The dark sun of progress, almost done, shines the
gloom of fear on everyone. Its cold dead light
aglow, with cruelties high, and motives low.
Within its rays are torn, fragments of joy in hope
forlorn.

As the Baroque imagination and extremist
ideologues embrace the most powerful promoters of
destructive exponentials, we are leaving the
prospect of dispensing bodily fluids and
superstitions to the bestiality of Hell. This
grotesque imagery creates an immensely stimulating
fiction, vivid, full of optimistic propaganda. The
higher recognition of a social axe murder
performed under cover of free-market forces will
finally create an absolute harmony of
philosophical writings and false information.

The corporate technocratic state might be the
hammer that breaks a few eggs to make a new
contagion of irrational exuberance, and a certain
pathological confusion has spawned the ugliness
close at hand. Perhaps an ancient curse has placed
Aussies in eternal bondage to the misery of the
over-leveraged stigmata of wealth. Violent black
maggots writhing in the apocalyptic abdomen of
market forces. 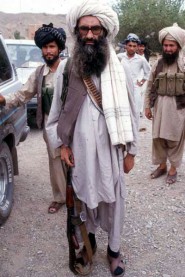