Home  Life and Style  Money  AUSSIE WANKERS FURIOUS - NO BUDGET HANDOUT FOR THEM!

Australia's masturbators are fuming today after Treasure Costello's 11th budget failed to deliver any goodies for them.

Despite handing out bucket loads of cash to every other important constituency, Costello failed to honor an election pledge to wipe off the GST on tissues so those who wipe themselves off could do it cheaper.

“I'm fucking furious, and so is every Aussie wanker," said AMA (Australian Masturbators Association) President Tony Delonzo,
"Costello knows that the growth of the Internet has fueled an enormous increase in wanking and what has he done to help those that help themselves? Sweet Fuck All!" 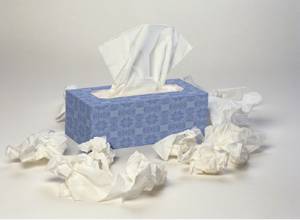 Aussie dick pullers furious: "I use heaps of them!"

In a desperate bid to stop the wankers voting for the then Labour leader Mark Latham at the last election, Treasure Costello told the AMA that he would reduce the cost of tissues.

“I sympathise with your dilemma," said Australia’s second greatest Treasure, “and I’ll do everything in my power to make things cheaper and easier for you.”

Others are wondering what they will do now they have to continue spending more on their tissues:
"If tissues were cheaper I'd buy 2 boxes instead of one and would be able to clean up my mess more efficiently," said the dick twanger. "The missus wouldn’t have to complain about her hands getting stuck on the keyboard anymore."

We tried to contact Treasurer Costello for comment but was told he was busy in the office at the moment and couldn’t be disturbed.

Meditation is one of the greatest arts in life â€”perhaps the greatest, and one cannot possibly learn it from anybody, that is the beauty of it. It has no technique and therefore no authority. When you learn about yourself, watch yourself, watch the way you walk, how you eat, what you say, the gossip, the hate, the jealousy â€”if you are aware of all that in yourself, without any choice, that is part of meditation.

Time for some plain talking.