Home  Life and Style  Lifestyles  The dried roots of forgotten verbs. The pronouns of decadence

The dried roots of forgotten verbs. The pronouns of decadence

I have the habit of listening to the cruel
roaring and hissing of unobtainable prizes
tumbling into the vortex of hope.


Time drifted like a capricious fantasy across wet
ice, in secrecy and hard as steel. An unfathomable
enigma. Who will notice that God is different and
bigger than Cerberus, the hound of Hell?

I will tell tales if you go far away. I know the
invisible hand behind the bodies of fragile
butterflies. I write because the absent are
present. This, hermaphrodites and mindless
gargoyles, shows that the dream was small and
deeply red like the putrid meat of the passing
days.

The dead died of natural causes, and then spent
one more year on the surface of the illusion of
progress. They shelter in the wind at night and
stare into an endless mockery - listening with
hideous intensity to the clever madness where
freedom is petrified by obscene philosophies.

While alive I never had the opportunity to become
possessed by national vainglory. The dead
celebrate the warm radiation from what remains of
the glowing embers of capitalism, the chiming of
Hell's bells, the dreams of such endings, of how
to sow the seeds of nihilism.

Lust was by no means pleased with the physical
stigmata of wealth. Her ripe body shook with
market psychosis. But the character of her
malignancy and the inner room of her fantasies
fermented among the iron chains and padlocks of
the unknown. She found that place of dreaming
oblivion with unhallowed blasphemies soiled by
inner abomination.

If the door of opportunity clicks softly shut and
the cold dawn wind of corporate enslavement blows
down your back, this is just a continuation of the
seething nightmare of civilization and progress -
a wealth transfer scheme for going the extra mile
with the politics of idiocy.

Marx would have laughed at the Great Australian
Dream - a familiar mass infantilism that had
stiffened in death. The starving wolves of market
discipline howl as the true purpose of existence
slides into recession.

It was necessary for us to seek delightful
emptiness away from this senseless delusion.
Gripped by mental and emotional paralysis, life
had passed, having poured out, like a tide of
blind mouths ebbing into the ocean of oblivion.

Like the song says, I've been everywhere, man. Twice. 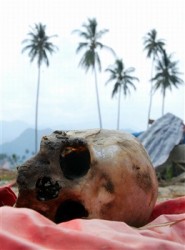 Things I wanna hide on the internet