We Australians are not ashamed of visceral horror

Do you like to scare little children?
Stay tuned, you won't regret it.


It was a night of horror. It was a massacre. It
was twice as good as leprosy. Of all the diseases
described in the Bible, no disease was more
horrible than leprosy. It was something more
horrible than real life. I'm talking about
real-life satanic murder.

More than one satanic murder took place in a
rundown German bunker. We should never forget
these wonderful places of horror. Unsanitary
conditions caused them to be a source of epidemics
and disease.

These days, the invisible hand of the free market
turns any kind of horror into a type of beauty. I
can barely conceive of a type of beauty in which
there is no carnage and horror.

Children need to be prepared for the rigours of
progress. Introduce children to the Game of Little
Terrors. You won't regret doing it for a moment.

Good victims are vulnerable and helpless in the
face of horror and evil. Young girls in particular
make very good victims.

It's no suprise that a more than a few children
actually went insane after seeing a vision of John
Howard himself standing at the foot of their beds.

I'm living on a one way dead end street and I'm a cunt. 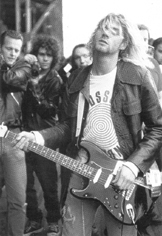 Doing it more but...

The Pilgim seeks The Ladder Man of opportunity