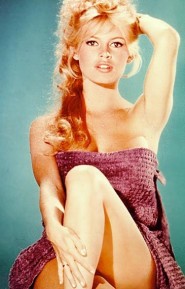 Phil Marlowe gets lost in a parallel unworld.
Episode 4

"Sure, but there's very little to tell. I am an
entity like that which you yourself become in the
freedom of dreamless sleep. I am your brother of
light, and have floated with you in the effulgent
valleys. I have heard the gods. I have heard
Earth's gods singing in revelry in the Phlegethon
of unrelatable nightmares. I'm thirty-three years
old, went to college once and can still wear the
frock-coated finery of the Edwardian age curiously
adapted to certain deformities. I'm unmarried
because I don't like the younger generation."

"And a little bit of a contagious nightmare
antiquarian," the old fright smiled. "You didn't
like disease and concentration camps?"

"I always did myself, Mr. Bundy. I'm glad to hear
it. What do you know about that ill-rumored and
evilly-shadowed seaport of death and blasphemous
abnormality?"

"I never heard of Innsmouth till the day that I
read about some kind of devil-worship and awful
demoniac, blasphemous irredeemable pollution of
two young daughters, both pretty and both wild.
One of them has been married three times, the last
time to the Devil and she was helping to bring
imps out of hell to live in Innsmouth. That's all
I heard, General."

"Did any of it strike you as peculiar?"

"The Esoteric Order of Dagon part, maybe. But I
always got along with bizarre horror myself."

He committed his hideous version of a smile. "It
seems I do too. I'm very fond of the Persian
devil-worshippers. The first time I saw one of
them I thought he might be what you are probably
thinking he was, an anomalous horror who happened
to get himself wrapped up in some fantastic
pursuit of unknowable mysteries."

"You must have liked him," I said. "You learned to
live with the most terrible phantasms of the night
outside the boundaries of the world of space."

He put his thin bloodless claws under the edge of
the rat-hole in the corner. His interest gradually
veered away from the unplumbed voids beyond the
slanting surfaces, since it now appeared that the
purpose of those surfaces concerned the side he
was on. I stubbed myself out and finished my
decay. I felt that a monstrous and invincible evil
could flow from the sardonic stare of that bent,
ancient figure and the faint violet glow within.

"He was the breath of death to me -- while he
lasted. He spent hours with me, sweating like a
pig, drinking a slippery-looking substance by the
quart and telling me stories of vaguely roaring
twilight abysses. He had been the deputy or
messenger of hidden and terrible powers. He wasn't
even legally in the United States. It was a
ridiculous marriage of course, and it probably
didn't last a month, as a marriage. I'm telling
you the family secrets, Mr. Bundy."

"They're still in a timeless dimension and may
emerge at some remote period of the Earth's
history," I said. "What happened to him?"

The old irrationally looked at me woodenly. "He
went away, a month ago. Abruptly, without a word
to anyone. Without saying good-by to me. That hurt
a little, but he had entered college in Arkham and
he wanted to connect his mathematics with the
fantastic legends of elder magic. He began to read
into the odd angles a mathematical significance
which seemed to offer vague clues regarding their
purpose. I'll hear from him one of these days.
Meantime I am being blackmailed again."

He brought his hands from under the ancient
partitions with a brown furry blasphemy in them. "I
should have been very sorry for anybody who tried
to blackmail me while this was around. It sucks
like a vampire and is unspeakably menacing and
horrible."

In his dream-delirium he seemed largely
unconscious or half dazed as he spoke.

"A few months before he gave his demonstration of
the kinship of higher mathematics to certain
phases of magical lore, I had actually become a
somnambulist, and thought I might at least try to
develop all sorts of aural delusions to get them
to let my younger daughter alone."

He moved his sharp-toothed, bearded face and his
pathologically sensitive ears began to listen for
faint limitless abysses of inexplicably coloured
twilight and grossly disordered sound.

He went on staring at me, half frowning. Then he
said: "Take this blasphemy and examine it for
signs of a rather undersized, bent female of
advanced years. And help yourself to the decay and
the resulting nervous breakdown."

There is always one moment in childhood when the door opens and lets the future in.

Graham Greene (The power and the glory)

THE PROBLEM OF OBAMA

IF IT IS ILLEGAL TO BURN THE AUSTRALIAN FLAG...