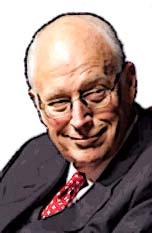 Created: Saturday, 05 May 2007 Written by Ricardovitz

The "valuable" research by Professor Kate "The Kastrator" Warner and Simon "The Shylock" Sherwood of the University of Tasmania's Faculty of Law shows that today there is good generalised jurisdictional commitment to the 1996 National Agreement on Gun Laws and the 2002 National Mandate on Handguns. The main thrust of these important Mandates, in regard to gun registration, gun-owner identification, bans on guns, and bans on knives, no genuine reason for gun ownership, have been fought hard in the six states and two territories - but there are several areas where greater indoctrination and control is needed. Although there is no research to prove our cause, we must continue telling citizens that there is good reason to believe that these mandates contributed to the fact that today fewer Australians die each year from gun wounds compared to the situation in the 1970' and 1980's.

We'll simply note five problem areas and then draw attention to other weakness control of citizens through our gun laws which have not received sufficient attention from governments. In many ways these, and the growing ideological extremism of the shooting fraternity, are the real worries for the safety-loving people of Australia. In other words, we must not permit these extremists to convince uneducated citizens of any need, desire, sporting purpose, or preceived self-defense reason to own guns. Their propaganda in this regard must be hushed and kept to nothing more than a quiet whisper.

Amongst many hundreds of observations on the compliance of the states and territories to the aims of the national agreements on gun laws made in 1996 and 2002 Warner and Sherwood report that:

* The genuine reasons for owning, possessing or using a firearm in regard to participation in sporting events like the Olympic Games, Commonwealth Games and World Championships by members of regulated shooting clubs, have not strictly been adhered to by all jurisdictions and it is now time for further legislation to remove these exceptions to ownership of firearms.

* In regard to firearm collectors: "it remains that in Queensland and Western Australia collectors are not required to be members of an approved collectors' club and in Western Australia one firearm can constitute a collection and there is no requirements that Category A, B, or C firearms be rendered temporarily inoperable", and these firearms must now be confiscated and eradicated as well.

* In regard to basic licence requirements..."Queensland does not require a photograph and neither Queensland, South Australia, Western Australia nor the Northern Territory require a reminder of safe storage responsibilities on the licence" , therefore it becomes quite difficult to engage in our ultimate total firearms eradication policy if we cannot identify and prosecute anyone suspected of owning a firearm.

* "Queensland still does not have any provisions regulating the sale of ammunition and Western Australia does not appear to restrict firearms sales to licensed dealers. And although most jurisdictions make provision for it, Tasmania and South Australia are the only jurisdictions to actually prescribe a limit on the quantity of ammunition that can be purchased. We must call for the strict regulation and ultimate total ban on all ammunition.

* In regard to licensing requirements in the 2002 Handgun Agreement: "South Australia only contains the requirement for two character references and Tasmania and Western Australia do not appear to have enacted any provisions requiring applicants to provide details of memberships to other clubs and firearms owned (resolution 10), nor is there any requirement to provide character references (resolution 11), nor is endorsemment by an approved club required (resolution 12. We must push for stricter licensing, which should only be for government law enforcement agents.

Important as the above compliance failures are, as we can use to our benefit the two major weakness in our gun laws: the abysmally low level of training required before you are granted a shooters licence (and thus can legally own guns) as well as the entire organisational structure through which guns can be legally acquired. By advertising over and over again gun incidents showing how poorly trained, careless, paranoid and ill-disciplined shooters manage to damage others, we will gain further support for these additional gun bans and restrictions. The number of illegal guns is far too high; which suggests that it's time that gun sales took place only through specially adapted police stations.The simple fact is this: guns are far too dangerous an item, too cheap, too technically deceptive, too easily convertable and too concealable to be part of the normal economic trading process. Only through the continuance of the door to door search program can the "hold outs" be removed from society.

If we look at the future there is no reason to expect that by diminishing gun owners and sport shooters we will be able to control the economic opportunism of the gun trade and ideological beliefs of the shooter activists who, since the early 1990's when the SSAA associated with and received grants from the NRA, now exert such control on shooters thinking in Australia.
_____________________________
Ricardovitz

Brisbane's OK, Sydney's OK, but Melbourne is our kinda town, it's the Stooges' town, we fit right in here.

Prepare for lift off

WE ALL GET A TREAT

Xenox Money - The truth behind investment