Rumour has it that stellar XenoxNews.com correspondent Patriot has been invited as a regular guest on Andrew Bolt’s new Channel 10 TV show ‘The Bolt Report’. 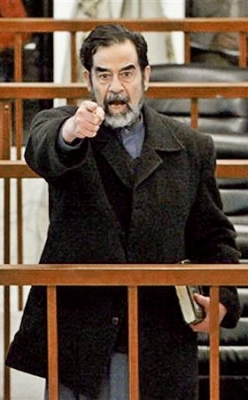 Saddam Hussein. Some say his downfall is directly attributable to Patriot's XenoxNews.com articles.

Currently on assignment, Patriot spoke about the rumours to XenoxNews.com from an undisclosed location:

“I am honoured by the suggestion that I could in some way be involved with Andrew Bolt's TV show. Andy, as I call him, is one journalist who stands up to the prevailing left bias in the media. We see eye to eye on many issues and I think it is wonderful that Channel 10 is finally trying to get some balance back into the Australian TV reporting” 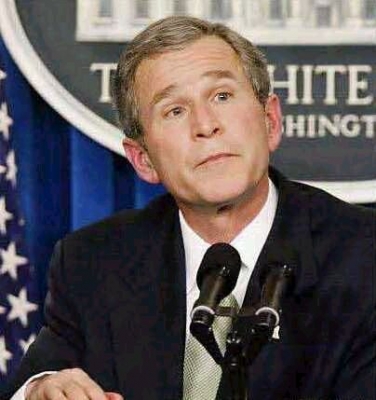 US President George W Bush was an avid reader of Patriot. It is believed he gave top level clearance for Patriot to be in Baghdad when it was liberated by US troops in 2003.

XenoxNews.com editor Tex Lumbago however seemed non-plussed about losing Patriot to the new show. An inebriated Lumbago is reported to have told XenoxNews.com staff at the last summit meeting:

“So. Patriot wants to leave us. Does he think I give a shit if he stays or goes? Fuck him and the horse he rode in on! I fucking made that cunt and I can tear him fucking down if I want to as well!

And that goes for any other of those fucking loser ‘journalists’ we have. Did you hear that Max!?!”

He then abruptly ended the meeting by slamming his office door and heading back to his table for another line.

XenoxNews.com editor Tex Lumbago had this to say about Patriot: "He can fuck off for all I care!"

While confirmation of Patriot’s role in The Bolt Report is yet to be made you can be sure that you will hear it first here at XenoxNews.com

I'm normally not a praying man, but if you're up there, please save me Superman. 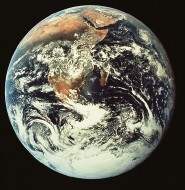 Monetizing an omelette by substituting one fundamental law

HOW TO MAKE YOUR OWN MORPHINE!

DOODLE ME THIS FATMAN