UGLY JESUS AND THE CLITORIS BANGERS

A rumour going around the international journalist community is that the core team behind one of Australia's only fair dinkum newspapers is planning to collaborate and release music under a provocative band name. 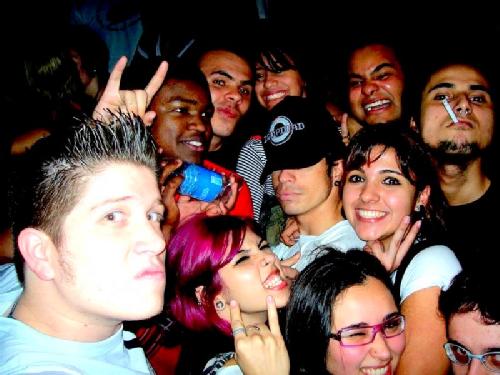 George Revere and friends rejoice the news of band reformation

It is understood that discussions are already under way about how the collaboration will work.

A spokesperson for the group suggested that the process will work as follows:

Music will be created through internet collaboration.
a. One member creates drum beat and forwards it to next member (bass player?) via soundcloud
b. Bass player adds his track and forwards track to next member (guitar player)
c. Lyric ideas produced collaboratively in yet to be decided process
d. Music and lyrics sent to singer for mangling and recording
e. Music then edited, mixed and mastered
f. Video production yet to be decided
g. Music and video then to be released to the masses through itunes, amazon and the like.

Apparently the process is well underway with only the name of the band to be finalised.

Dostoevsky gives me more than any scientist, more than Gauss!

XENOX NEWS: WE WERE WRONG!