Thanks, Mates! Down Under, is New Wild West
by Philip Weiss

Australian actors did so well at the Golden Globe Awards that Tom Hanks made Vegemite jokes and Steven Spielberg compared the talent to the British invasion of the 40’s. The Australian press is now predicting more success at the Oscars and playing nervous stage mother to the latest offspring from "Aussiewood": Naomi Watts, the star of Mulholland Drive, and the soon-to-be-released Queen of the Damned, by Australian director Michael Rymer.

Having just spent a couple of weeks in Australia, I can tell you that the Australian moment is not going to fade in a hurry. It arises from homegrown forces that are strong and strange and not entirely appealing—rawness, racism and latent violence. If you think those are generalizations, I’ve just gotten started. All Australians should leave the room now, put on their bathing suits, and go out and play Australian-rules football.

The first thing you notice about Australian culture is that it’s pathetically thin. It doesn’t go back very far: A mere 150 years ago, they were still sending prisoners here—a past that the Australians have mixed feelings about. And while the Aborigines have been here for thousands of years, aboriginal culture has been largely scraped off the map and stuck in a back alley.

The thinness means that modern Australia has fallen for American culture in a way that no one else could. Radio stations play the worst of American music (as opposed to New Zealand, which has more of a history and identity, and whose radio stations pick and choose the best alternative stuff); the ballboys at the Australian Open wear Nike swooshes bigger than boomerangs; and celebrity-spotting is turned up several notches even above our own. Board a Qantas flight from Brisbane to Melbourne and they’re playing an interview of Nicole Kidman by some would-be Charlie Rose, and all the Aussies are tuned in religiously. The leading papers turn out opinion pieces comparing Russell Crowe to De Niro, and unsnarky stories about stage mothers pushing 11-year-olds who have just done their first tele-movies, under the headline ‘Is Little Charlie Hollywood Bound?’

Twenty years back, when Peter Weir and Fred Schepisi came to America, their work felt very Australian. Today the Australian identity is up for grabs. Consider the recent art-house hit Lantana, a drama about a woman’s disappearance set in metropolitan Sydney. It is made for American eyes. Barbara Hershey as a therapist doesn’t bother to change or explain her accent, and the film’s structure is adopted rather slavishly from the multi-strand, hour-long episode of Bochco-style American TV drama.

Mimicry is a point of pride. Some Australian papers have dropped the U in "colour" and "flavour," and Australian actors boast that their accents can go in and out at will, and that, in any case, Australian accents are clear to the American ear. How many Americans knew that Errol Flynn was Australian?

Anybody who has seen a Crocodile Dundee movie, or maybe read Patrick White’s Voss, will point out that Australia has a rich mythology of its own. That mythology is the bush, rural rebel legends like Ned Kelly and Breaker Morant. But the Australian bush is depopulated—and Aussies glorify it in much the same way that America glorified the cowboy 50 or 60 years ago, at a time when cowboys were fading into daguerreotype.

And this is precisely Australia’s usefulness to Hollywood right now: to serve as the New West, a wide-open state called Kidmania abutting California, and fulfilling the same function for Los Angeles as the Old West did, the West that gave energy to the emerging movie industry. Because Hollywood couldn’t have been an East Coast phenomenon: It fed on American myth and Americans of action, risk-takers without the civilizing and refinement of the big Eastern cities. It required rootless people and desperate characters as the raw product. Recall the themes of that documentary Hollywood novel, The Day of the Locust, in which Nathanael West understood Los Angeles as a fake place mounted on the horizon to serve the restless itchings of dislocated Midwesterners, who had a violent edge to them.

Australian culture feels as grotesque as The Day of the Locust. There’s no sense of a high culture anywhere, and extreme characters abound. TV ads are often leeringly sexual ("These are the only balls you’ll see at our health club," says an ad for a women’s workout center, focusing on some tennis balls), and on hip radio stations the announcers do Amos ’n’ Andy accents when they’re talking about Mike Tyson.

The bush inheritance includes a large share of brutality (which helps to explain such brutalized transplants as the Post’s Steve Dunleavy). Bush ranger Ned Kelly—the hero of endless romances, from Mick Jagger’s film portrait in 1970 to Peter Carey’s novel in 2000—was a cop-killer who baited the law into a showdown by killing one of his trusted men. But the beatification of Ned Kelly in Australia is never-ending, and raises a real question about Australian moral sense.

Lately at the Old Melbourne Gaol (a stupendous stone building in the heart of Melbourne where Kelly and later Mick Jagger dropped from the scaffold), they have an exhibit on Kelly called Ned, with Ned jackets and Ned T-shirts and morally weird language—descriptions of a Kelly ambush as a "tragedy."

The best thing about this exhibit is that it also showcases the death masks of others who were hanged about the same time as Kelly. Often these were immigrants, like former American slave Fred Jordan and 21-year-old Fatta Chand, an Indian trader condemned on little evidence. Thousands turned out to protest the death penalty when it was used against Kelly; no one protested when dark-skinned immigrants were executed on flimsy circumstantial evidence.

Racism is a great Australian tradition, and one that has been thriving even as Australian actors make their homes in the States. Once, famously, Australia had a whites-only immigration policy ("Two Wongs don’t make a white" was the saying), and though that policy has been renounced for 30 years, it lingers on in subtle ways. Australia is the whitest place I’ve been in a long time, the whitest place in the English-speaking world. Even hip districts, like St. Kilda in Melbourne, are all white. This is in stark contrast to neighbor New Zealand, which has made a concerted effort to honor Maori place names and Maori pronunciation, and whose leading city, Auckland, is a city of the world, with Asians and Maoris everywhere.

The policies that underpin Australia’s whiteness have been showcased lately by the Woomera detention crisis, which I gather has made it onto American television. At a camp in the desert of South Australia, illegal Afghan immigrants have been kept for as long as two years awaiting decisions on their status. Lately they’ve staged a hunger strike, and they’ve resisted force-feeding by sewing their lips shut and also sewing their children’s lips shut. Then some of the adults drank shampoo to create further havoc.

But the most shocking aspect of the Woomera crisis is the viciousness it has called on in the tough Australian soul. The Immigration Minister has said that the Afghans are trying to "bully" their way into Australia. He has denied press access to the center, browbeating reporters who say they only want to tell the detainees’ stories by saying flatly, "Well, what story do you think they’re going to tell?"

Even the opposition Labor Party has tended to support the government’s immigration policy (though it is now stepping softly away). That’s because there is such broad public support among Australians for the Woomera camp that, when a doctor on the television news said that self-mutilations by the children there had actually begun months ago, the woman next to me in the TV room of my Melbourne hotel spat out, "Good." Another Australian woman across the room piped up to say that one Afghan man had three wives and eight children—what was Australia to make of a family like that?

The condemnations of Woomera have been limited to a liberal fringe. The big papers have called on the government to end the fiasco by whatever means necessary. The author Peter Carey, who now lives in Manhattan, returned to Melbourne, his home town, on Australia Day to give a speech which said, in biting moral terms, that Australians had progressed little from their Anglo-Celtic notions of what a Real Australian is. The horror at Woomera should force Australians to search their souls, Mr. Carey said.

I didn’t hear any of the Australian actors speaking so bravely. Nicole Kidman was talking about raising her kids in Sydney and London, and "Rusty" Crowe, as they call him, was hosting a benefit for his favorite rugby team, the Rabbitohs, outside Sydney. Of course they’re not responsible for the terrors of their home culture; they are only products of it. And so they are useful to us, too, to flesh out our dreams of eternal and rugged whiteness.

You may reach Philip Weiss via email at: This email address is being protected from spambots. You need JavaScript enabled to view it..

So I said, "All right, Non-Stop Dancer, start dancing." 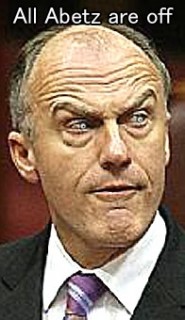 Celebrations in Tehran and Damascus

Is the hidden hand of Beijing causing Chaos in the West…

ALL FOR THE BEST?