I was surfing the telly during my lunch break this arvo, got to Channel 9 and thought I’d come across a promo for an Easter charity fund-raising telethon.

Then the cameras panned across a few familiar movie actors – there was the famous scientologist Tom Cruise and the infamous telephone tosser Russell Crowe! I thought maybe it was another one of those self-congratulatory award shows for some Hollywood giant. The Yanks love all that stuff, presenting themselves with gaudy trophies and applauding their own fluff-filled belly-buttons.

Then I saw PM Ratweasle looking dour and constipated, and there was Opposition Bleeder Kimmy looking like a stunned mullet, and I thought maybe some notable polly or world leader had carked it.

Then a big lug with a squeaky voice got up to the mike, and I thought maybe some footy hero was cactus. But when he started rambling on about his dad, the recently deceased Kerry (speak-his-name-with-awe) Packet, I realized I’d stumbled upon a memorial service for the dreaded Goanna!

At the Sydney Opera House?!

I stared in dismay as some little kid sang Waltzing Matilda, accompanied by a few stiff hand gestures and an incongruous massed choir. Slurping my lunchtime noodles, I wondered - with all that toneless racket - if KP’s voice could be heard as I passed by the billabong.

Well yes, I did hear his voice.

The old bugger was pissing himself laughing at having screwed the dopey Australian public yet again.

Not one for paying taxes, the late KP had somehow cowed the otherwise mean and tricky Howard government into paying for this outlandish sideshow.

Maybe the Lying Rodent thought this bizarre display of sycophancy to Kerry’s “tough but fair” “legacy” of corporate greed would distract the Aussie public from the deluge of incriminating facts and figures linking the PM’s government with the Australian Wheat Board/Saddam Hussein corruption scandal?

The fucking cricket’s on!

I've had a perfectly wonderful evening. But this wasn't it. 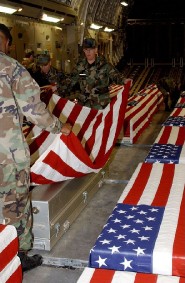 Hey! Why aint there no chicks???

The eternal violences and desperate realities.

THE END IS NIGH SO BLOODY WELL LISTEN!