Home  Entertainment  Astral Travelling  AS PREDICTED IN BIBLE: PERSIA HAS 'STREET-SWEEPER' AS PRESIDENT!

AS PREDICTED IN BIBLE: PERSIA HAS 'STREET-SWEEPER' AS PRESIDENT!

You know I read the bible a lot. And it is filled with titbits about our future. And one of the things they said would happen was that a "street-sweeper" would rule Persia just before the Apocalypse.

Well guess what? It has fucking happened! Straight off the presses: Iranian hardliner Mahmood Ahmadinejad has been elected as President of Iran! He was previously the Mayor of Tehran where he was known as the "street-sweeper" because of his humble beginnings.

Candy is dandy, but liquor is quicker.

How to seduce according to that pervert Willy Wonka. 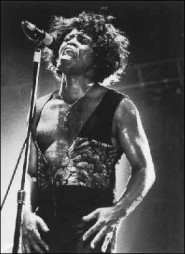 Xenox Money - The truth behind investment

COMING SOON! NEWS FROM THE FRONTLINE!