Musicians from across the world have united in their call for the immediate release of Schapelle Corby. A new portal, 'Artists for Schapelle' has also been launched, with the intention of providing a showcase for the rapidly expanding international movement.

Recording artists, both new and established, have been contributing original songs to the project for some time. The new site brings together musicians from across the world, including the US, UK and Australia. Their combined objective is to increase awareness of Schapelle Corby's increasingly desperate plight, and campaign for her release.

Emily Clarke of Artists for Schapelle told XenoxNews: "In  just a few weeks some incredible new songs have been contributed. We have Tara Hack's Dylan-like confrontation with Kevin Rudd. We have Holly Wilson's absolutely beautiful cry from the soul. And we have a stunning rock anthem from an outstanding band, Sex in the Desert. Something important is happening here. As has happened so often in the past, music is reacting to injustice and suffering, and is refusing to walk away from it."

She continued: "An innocent woman is being crushed, and her health is failing rapidly. We are running out of time. But music is starting to speak for her: it is telling the world about the injustice, the abuse of human rights, and Schapelle's terrible suffering. Music is talking for her, and increasing numbers from across the world are listening."

The launch of the portal has also made Schapelle Corby the first Australian to be the biggest worldwide buzz o­n Twitter. News of the site launch spread rapidly, and the buzz was such that it became the most popular topic discussed across the Twitter international network: http://www.artistsforschapelle.com/twitter.html. This was despite the Australian media never having covered the music for Schapelle movement in any mainstream channel or publication.

Music critic Jan Felding commented: "Some of these tracks are actually classics. They are worldwide internet hits already, but they are surely destined for mainstream public appreciation. What is happening is fascinating, as it seems to be the beginnings of the sort of global music driven movement we haven't seen for many years. I can definitely see increasing numbers of established artists contributing songs and offering their support." 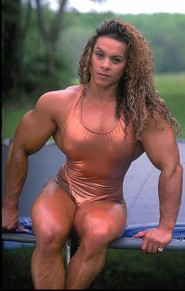 IS THE NEXT AUSSIE PM STILL WEARING HIS OPUS DEI AFFILIATION UNDER HIS PANTS?