Chaos has erupted on the set of the country's favourite cop drama after Blue Heelers star John Woods announced he'd be leaving the show if his tilt at landing the roll of secret agent James Bond was successful. Woods a veteran of ten years of the show and widely regarded as Australia's favourite fat bloke says that while he still enjoys working on Blue Heelers he feels that it may have run its course with some storylines lacking credibility.
"Let's face it" he said in an interview this week.
"Why on earth would a bunch of Arab terrorists want to crash a 747 into a chook pen?".
Woods says the idea of filling the void of 007 left vacant by the dashing Pierce Brosnan was suggested to him by his brother in law and newly
appointed manager Reg Bannigan.
"I could see he was getting frustrated and his acting had become more hopeless than it normally was" says Bannigan who'll give up his career as a plumber's assistant to guide Woods to international stardom.
The duo then sat down "over a few beers" and came up with a two pronged assault on the unsuspecting entertainment world.
"The first part didn't work" said Bannigan after Woods was rejected as Hugh Jackman's replacement in the Broadway production of The Boy From Oz.
"They said his guts were to big" said a dissapointed Bannigan although Woods claims it was down to politics as he'd been previously assured he was perfect for the part.
"I bought the marraccas and everything" he moaned.
After getting over the dissapointment of The Boy From Oz the two now have the Bond roll squarely in their sights with Bannigan confident of getting a result.
"I've put together a very strong portfolio of John's work on "Heelers" said Bannigan who revealed that Woods like many of the previous Bond stars performs his own stunts many which are not only dangerous but painful as well.
"Like the time I climbed up that ladder without any shoes on" piped Woods.
The key to winning the Bond roll claims Bannigan are the several still shots of Woods included in the portfolio some of which are "quite raunchy".
"007 has to appeal to both sexes" he explained showing a picture of a G string clad Woods downing a stubby.
Producers of Blue Heelers remain unconcerned about the shows future revealing that Woods often threatens to leave the show.
"Last week he said he was leaving to become a porn star" an insider claimed. 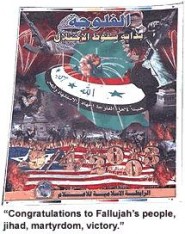 Another US Diplomat resigns over Bush War Agenda