By chance ate a friend. Tithed with Peyote. Frank Blues: Frank woke up. I swear he found that the truth he now wore was a swollen lump in his pants. The benefits of a christian education brought to him understanding of the mean feats he had performed. To create ones own religion, he thought, meant that he had reached a pinnacle in his evolution: onwards and upwards.
"I need a chicken as a godhead. I need a son to pass the word onto. I need a good woman. I need a good woman."
This is what he sung.
The mornin' air shone through, ripped his heart through and through.
"It was never meant as offense to any other religion. I took the standard words, dressed them up different, though I'm not beholden to them either. My eyes, last night, plucked out and put back in again. Beware, I am clothed in the trappings of a sooth-sayer, a genuine savior, a gospeller of newer truth; my own vision for all us, eternal.
"Ain't we splendid in eternity."
On the desert floor he awoke with a cavernous mouth, sun scorched, the bones weary. Eyes flood with light; now, he thinks, I have some tales to tell.
Wilt thou carry him on; onwards and upwards?

It is always consoling to think of suicide: in that way one gets through many a bad night. 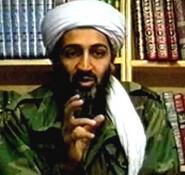 INVEST IN YOUR OWN DEATH!

REBECA PETERS - RESPONSIBLE FOR THE CASTRATION OF AUSTRALIA