Home  Artist  A Biography of Life  THE VERDUN DUNNY... 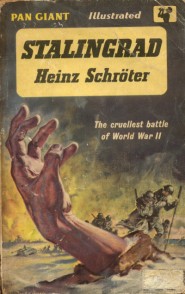 In our special series on the centenary of World War One, the War to End all Wars, XenoxNews.com will tell you the stories the others keep hidden. That’s because unlike the pathetic patriotic claptrap dished up by the lamestream media, XenoxNews.com scribes have actually been working. They have been researching the role played by all the nations involved, not just the usual players. The stories they have uncovered will amaze you. Tales of apparitions, spiritual visitations, and just the plain old bizarre. Stories about the events and people that really happened during the First World War, and shaped the world we live in today...

...an outhouse from hell!

"We live, we fuck, we eat, we shit, we die." So said that huckster Marquis de Sade. And nowhere was his pithy aphorism more appropriate than the hell of Verdun.

It was during the Battle of Verdun that the only shared Latrine of World War One happened. Where the Poilus of France and Privates of Germany could stop the killing and the hating, and get together to do some bowel evacuating...

“To shit, together, under such savage bombardary, when there was such hatred abounding. Well, it tells you of the union of the warrior!” French Historian Maurice Chevallier.

The horror of the Battle of Verdun. No other battle sums up the savagery and bestiality of World War One. Von Falkenhayn's giant mincing machine; it was meant to shred the French, only to end up nearly bleeding the Germans white as well. After 6 long months of fighting troops on both sides were asking, what were they fighting for? A few mounds of mud and caves? Sacrificing life and limb for nothing?

And on one of those mounds:-

The battle started with a furious bombardment. The Germans had shifted 90% of their artillery and 80% of their aircraft to the sector. The Kaiser told his Generals to pound the shit out of them. The few French regiments defending Verdun at that time awoke to an earth shattering roar that clinched their arse cheeks and shook their sinuses. And it was to last a further 6 months... 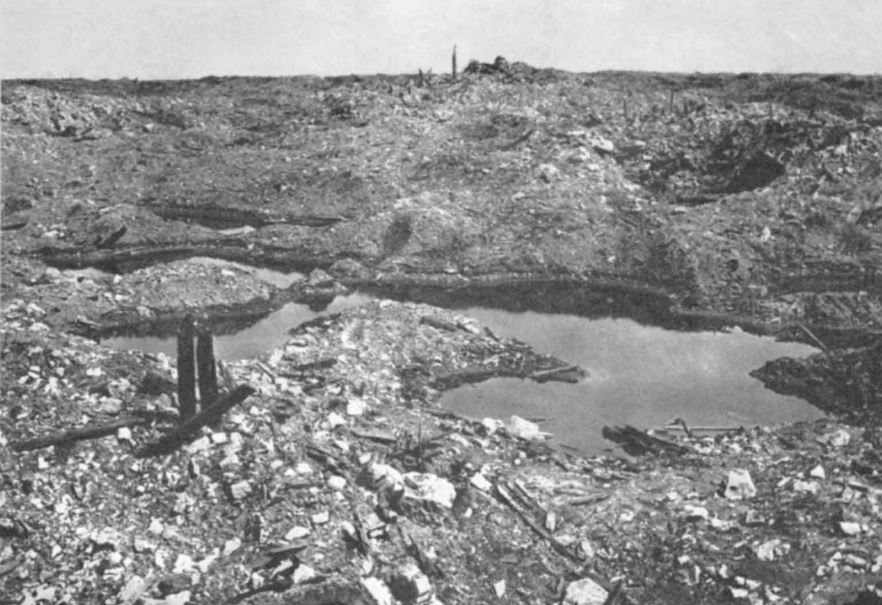 No dunny for as far as the eye can see...

Everyone knows war is hell. But even the bravest warrior has to relieve himself at one time or another.

And it was, at the end of each day of the battle, the bugle would sound 3 times. Then the ladders would go up against the trench walls, and the piss and shit laden would clamber over and scurry through the mud and the deceased to the latrine.

On the waiting line it was common to see Privates Hans and Pierre bitching about their superiors. Sometimes a mustached German Corporal would often loudly declaim to anyone who listened that it was the Jews who were behind the war.

And also, after hours, it was another place where the enemy mingled… For at night, when the shelling stopped, and the sentry guards slept, some of the boys would creep to the latrines to do more than just extrude their waste matter.

"Every soldier has a dream"

The strength of the French Army was the Poilou. Brave, uncompromising, reeking of garlic. Only he stood between the hordes of Germany and Paris. And it was at Verdun they made their last stand. Days of relentless shelling, being shredded by the German MGs as they clambered over the top for another lunatic charge at the other side.

But they were only men! They have needs. Bodily requirements. For many, the shared dunny stood out in no-mans land between them and Fritz... When there is no one to love you, you look to love the only ones there.

World War One the War to end all Wars...and also a Homosexual Extravaganza?

But we can forgive. Even Christ himself would understand.

Now the Dunnies stand empty. Gaunt reminders of a time when the Angels of War visited hell upon earth. But also a place where true humanity was shown. Comrades in arms sharing the miseries and joys of existence. The relief of an emptied bowel, and the sweet sticky throngs of love.

I ask of all you. While wearing that red poppy pinned upon your jacket. Lest we forget... The Verdun Dunny! 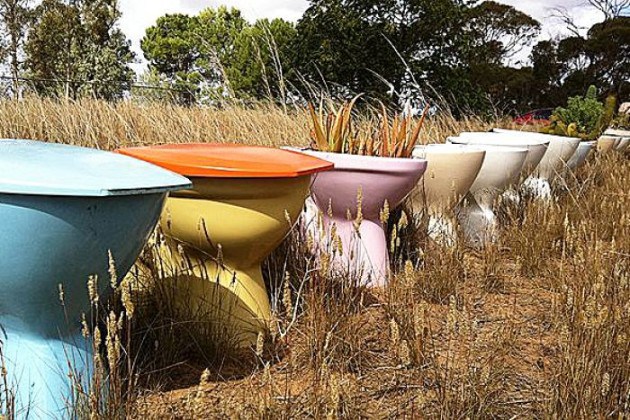 All that remains of the Verdun Dunny today.

TOLD YOU SO! HERE COMES THE FUZZY WUZZY INVASION!

WORD OF THE DAY: PLINTH

Cut Out The Middle Man

BETTY WAS A CROSS DRESSER