Home  Artist  A Biography of Life  The Sadness Gap.

This is an interesting article addressing a subject that is and will not be discussed in the weeks to come but is the most important one of all IMHO.

http://www.bradblog.com/?p=4419 I'm not bashing Americans here, just pointing out something that is food for thought and giving some facts;

America is militarily occupying Iraq by way of a complete lie (see the transcript of Colin Powells speech about how the WMD's are being hidden in trucks etc...) if you have forgotten.

The US are turning people who resist this occupation from "freedom fighters" or "resisters" into "terrorists" or "insurgents". If they blow people up in the market-place it is through frustration and resistence to this occupation - nothing else because it did not happen while Saddam was in power.

They (the USA population) can handle hearing about how some 33 people died due to a suicide bomb in Iraq every week but when it comes to 33 Americans dying by one shooter in Virginia, it brings out this massive outpouring of grief and sadness. But how real is it?

Folks, there is glaring gap in the 2 events and the emotions they cause. How can this be? It is interesting also to note the amount of times they footage has been played and replayed. Until it becomes such that Americans have had their fix of the death-spectacle (vicariously) and become anaesthetised/bored and ready for another death-related story.

Americans would prefer the death be on foreign soil but they will settle for death on American soil if it's not an option at the time.

I'll have a pinkelwurst to go. 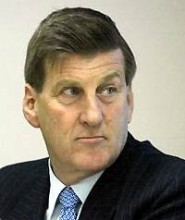 Leviathan Stink will protect you from all terrorists...have no fear

OUR FAVOURITE ISLAMO-FASCIST HAS A BLOG!

FORTUNATE SON - UNFORTUNATE FOR THE REST OF US!